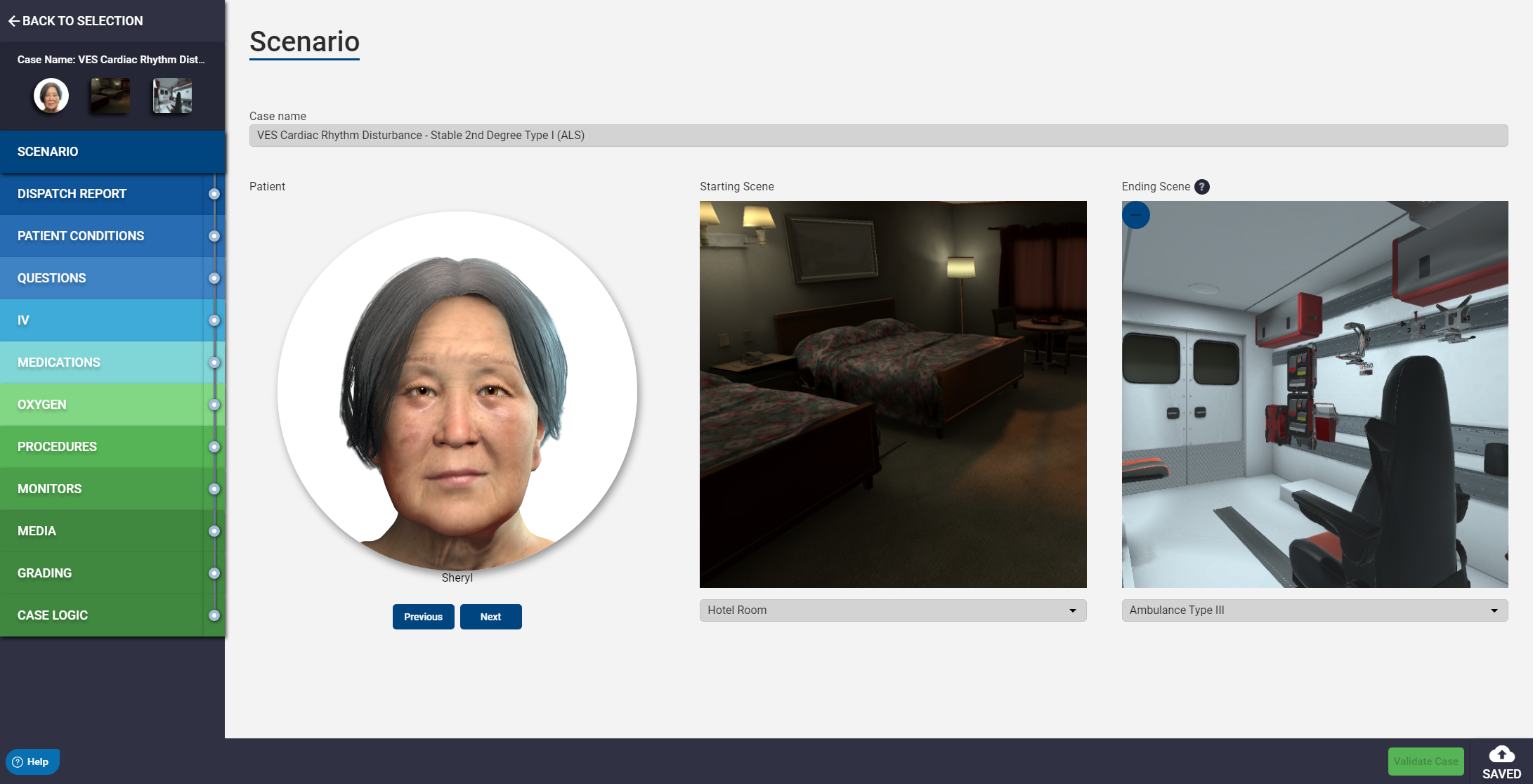 All medics need to meet similar skills standards, but every department may do things a little differently once trainees are in the field.

That’s why having the ability to customize the training they receive is very important.

“What I found most challenging as a director is when we had care issues, it was almost always with critical thinking. After-the-fact, you could sit down with a medic and they could rattle off what they were supposed to do, but when they got under stress they weren’t able to recall the right thing to do or the right dose,” says Tom Shoemaker, a former EMS manager with more than 35 years of experience. He’s now with the inside sales and onboardings support team with VRpatients.

“When you get stressed, you just tend to do what you know really well and if you have to use part of your brain to think about it, it creates problems. What I think is cool about VRpatients is you can use it to put people in stressful situations and they can practice it 20 times.”

“You have to make all those critical thinking skills about what medicines to give and the right way give them second nature. The only way you can make it second nature to the medics is to practice and run them through scenario after scenario so when they get out on that run, they’ve experienced that scenario so many times they just react.”

VRpatients allows practice in real life situations without real life consequences. Both that practice and the ability to change and customize scenarios are what set VRpatients apart.

Almost everything is customizable and the team at VRpatients is adding new options periodically. 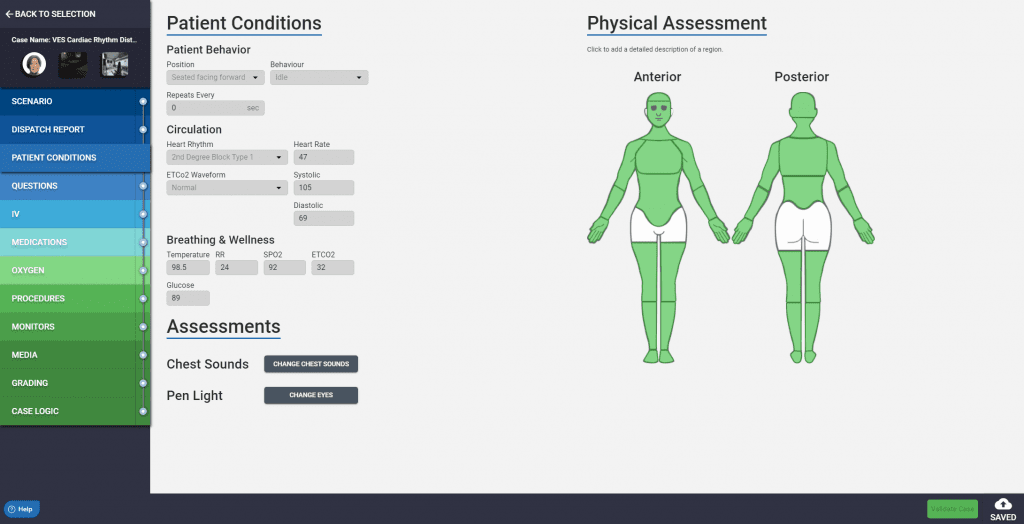 “Building the case logic can be a little complicated, but it just takes some time to learn it,” Shoemaker says, adding he and other members of the VRpatients team are just a phone call away for troubleshooting help. “You’re not an island. You’re not all by yourself.”

One of the things that Shoemaker says sold him on the VRpatients tool was the ability to hear and experience sounds he had only heard described to him using words.

Practicing a situation where a new policy is about to become procedure is one possible use for VRpatients. Trainers can customize a scenario and make it exactly the same as the new policy or procedure.

Shoemaker uses the example of what happened when his department rolled out a policy about what to do with a patient in a state of excited delirium, usually because of drugs like methamphetamine.

“Something in [the patient’s] mind makes them very anxious, out of control, and unmanageable and they’re going to hurt themselves or a responder,” he explains.

In that situation, responders have the ability to give an injection of ketamine, but if done incorrectly, the patient could die. Often, responders need to hold a patient down while another responder gives the injection.

“We had a new standing order and our training director made a written test about it. Everyone would take that test and then they would be good to go. So, the first time they would give the injection would be when a real person is fighting them, and everybody feels like they’re in danger. That’s when mistakes happen,” Shoemaker recalls.

“With VRpatients, we could have created that situation where someone is combative and argumentative, and put the medics into that intense situation, so when they encounter that for the first time in a real live patient, they’ve practiced it many times.”

The 2D onscreen version of VRpatients is good for this type of thing, but the immersive 3D experience with VR headsets is better.

“I recently did a live demo with a fire department and the best way I could describe it is on the PC version, they really liked it and were excited about it, about a six on a scale of one to 10,” Shoemaker explains. “Then we put them in a VR headset and their excitement level went to an 11. They were just amazed at how real it was.”

The fact that the scenarios in VRpatients are not one-size-fits-all is important, Shoemaker says.

“Every EMS system has different standing orders. Most states allow the medical director to establish the standard of care. You can go into VRpatients and change the care model to meet your service specifically, not just the generic one. It can be what you want the medics to do in real life, you can produce in VRpatients.”

If you’re ready to see what VRpatients can do for you and your department, schedule your free, customized 1:1 demo today.